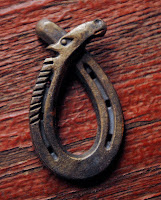 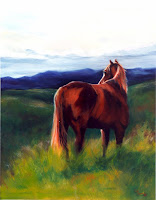 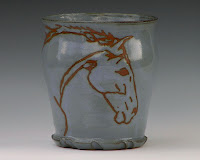 I am a fan of nearly all the Roy Stryker-led FSA documentary photographers of the 1930s. A name that slipped by me (and probably many others as well) was Marion Post Wolcott. Gordon Parks, Dorothea Lange, and the small group of shooters hired by Roy Stryker to document Depression-era America were very familiar--partly because they went on to do further outstanding photojournalism work--but Post Wolcott was not a name I had ever heard of until I read Paul Hendrickson's book in the early 1990s. The book, “Looking for the Light, The Hidden Life and Art of Marion Post Wolcott,” was a revelation. Marion Post, her name at the time, had fallen through the cracks over the years mostly because, as the book weaves her story, she got married and devoted herself to her husband and children.
I re-rediscovered her yet again as I browsed through my library recently. As happens often I started thumbing through the book and had to sit down and read a good portion of it again. It was with a certain sense of loss that I looked again at her wonderful photos collected in the book. I was reminded of how impressed I was with her images the first time I saw them. It was as if Ansel Adams had applied the range of light of his Yosemite images to simple scenes of rural depression-ravaged America. The images glowed with a beauty that seemed to haunt the content. To me, I saw a style and a sensibility that was different from the other FSA shooters. That is not to say that Lange, Parks and the others were somehow less than Post Wolcott. I think they are some of the greatest photographers to ever pick up a camera. But I guess my view of Post Wolcott's photos is colored by a sense of loss, of what might have been achieved had her camera been pointed at post Depression and post War America. That, in fact, is part of the book's thesis.
This is certainly a book worth exploring. We can always learn something from the lives of great photographers. Even if their shooting life ends too soon. Even if it ends by choice rather than death. As with the short, but stellar life of poet John Keats who died in his 20s, we have to be satisfied with what is, not what might have been.

I recently reread the introduction to the book Ansel Adams at 100. The book came out at the same time as the AA exhibit was traveling the world back in 2002. The intro. is by John Szarkowski, who has written many insightful commentaries and histories on photography. For some reason these words about the growth and changes in Adam's work over his lifetime really made me think about how a person can evolve as a photographer over the course of a life.
Here are the words:
His early work was defined in graphic terms--dependent on the choice of vantage point and framing. Later, coherence increasingly was dependent on the perfection of the tonal scale which binds the picture together.
Without even looking at specific photos, those words seemed to ring true as I thought of Adams' late 1920s image of Half Dome--Monolith. Certainly his use of a deep red filter to darken the sky and the strength of the tonal range helped to carry the day in this photo, but it was his vantage point and the awesome strength of this hunk of granite that made the photo compelling. Compare this to Moonrise, Hernandez, NM some 20 years later, which I did in my mind. More so than the small crosses and the simple buildings in this photo, the range and perfection of the tonal values raise this potentially mundane image to the photographic heights. It is one of my favorite photographs of all time. I turned the pages to find those photos, and I knew Szarkowski was on target. Of course, there are lots of things yet to say about Ansel Adams' work--I don't think we will ever run dry of his inspiration, technically nor emotionally--but I think Szarkowski's analysis is informative. As our vision modifies itself as we age, each thing we “see” as a potential subject will demand of us the application of principals, technology, vision, even our changing senses of love and life and who we are to the photograph that we end up creating. It is daunting to think about the possibilities, yet inspiring to think of what Adams, at least, was able to do up to the end of his long life.